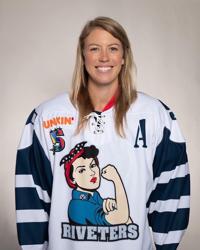 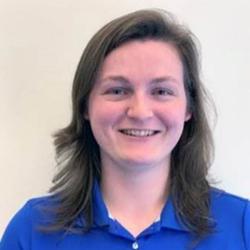 Assistant Coach, 12U AA Black and 14U AA

As a coach, Karen works hard to develop players while also striving to be a positive role model. Karen is passionate about hockey and sharing her wealth of hockey knowledge and technical skills with the team.

A native of Ottawa, Ontario, Karen has been in and around hockey rinks for her entire life. Most recently, Karen played Division I NCAA hockey with the Princeton University Tigers from 2012 – 2016. In her senior year, the team was Ivy League champions and finished the season ranked 7th in the nation.

She's looking forward to this upcoming season and all the players she will get to work alongside. 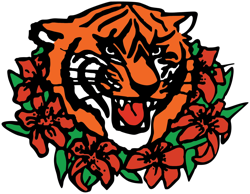 Head Coach, 12U A Orange

Coach Ponzo’s love of hockey began while first playing mites almost 45 years ago. He played at every level of youth hockey for various NJ travel programs, such as the NJ Colonials, Essex County Chiefs, and the NJ Junior Devils. He also played for two years at County College of Morris.

Coach Ponzo is a Level 4 USA Hockey certified coach. He started coaching in 2010 and has coached at every level of youth hockey, from learn-to-skate to Juniors, for both boys and girls at the Bridgewater Bears, NJ Rockets, NJ Colonials, and Hunterdon Bears.

In addition, Coach Ponzo is a Level 3 certified referee and has been officiating youth and men’s league games for over 15 years. 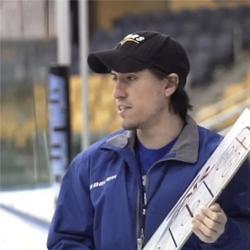 Coach John Diaz is a Level 4 USA Hockey instructor who has been coaching youth hockey in New Jersey for the last decade. After concluding his college career, he immediately began coaching at Seton Hall University.

Coach John finished the 2020-2021 season with a third place finish at USA Hockey Tier II 14U Nationals with the Princeton Tiger Lilies.

In addition to being trained and educated by some of the areas most respected coaches, Coach John brings with him a strength training background, believing that fitness is a crucial step to developing mastery on the ice. 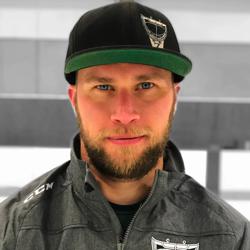 John ("Coach Z") has 30+ years of playing and coaching experience, having started playing at the age of 3! Growing up, he excelled both as a goaltender and skater and his passion for the sport lead him to begin coaching while in HS. After playing at the collegiate level, Coach Z founded Ztending to create a community of goaltenders that Live. Love. Learn Hockey. 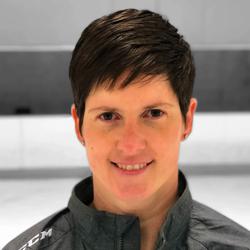 Brie brings 20+ years of hockey experience to the Princeton Tigerlilies. She started shooting at goalie clinics and camps with Coach Z in 2004 and has been an integral part of the growth and success of Ztending.